The Wirrengren Plain is the last lake into which the Wimmera River flows. It is remote – located deep within the Big Desert – and rarely visited. It has been dry for over 140 years.

The Wimmera is a usually a small river, winding through the low-rainfall cropping country of western Victoria. It drains the northern slopes of the Great Divide and the Grampians, flows west through Horsham and turns north at Natimuk towards Dimboola and Jeparit.

In low rainfall years the river dries out after it passes Dimboola. But if the year is wet, the river will flow to the first of the Wimmera’s terminal basins, the 13,500 ha Lake Hindmarsh. 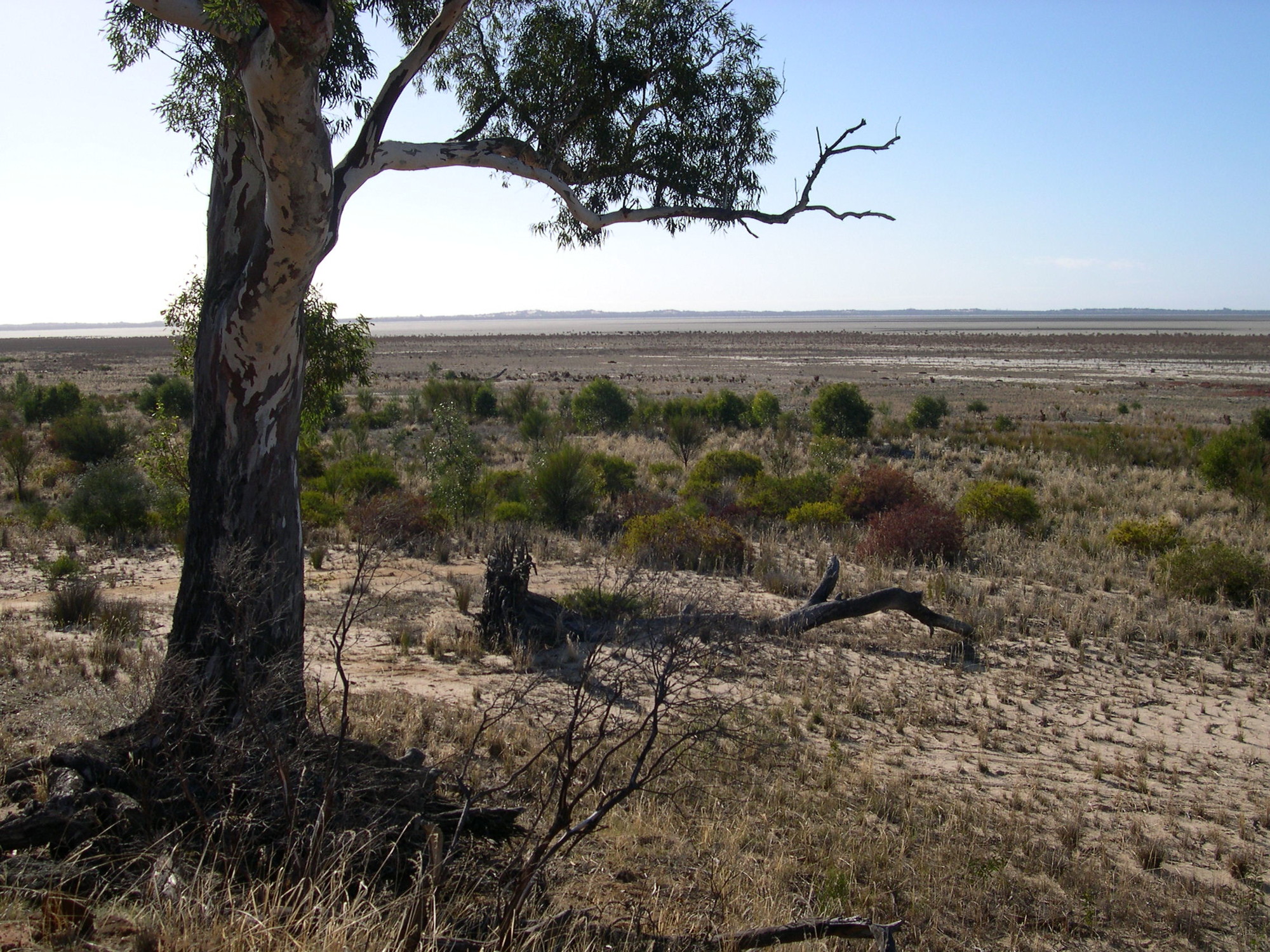 Consecutive years of very high rainfall are required for Lake Hindmarsh to fill and for water to flow north through Outlet Creek. After 25 km the creek reaches Lake Albacutya, a 5,500 ha wetland and a Ramsar site. The lake has not been full since 1977, but it was known in the past as an important recreational site with boat ramps and signs marking water skiing areas. It last received inflow in 1996 and has been dry for about 20 years.

Outlet Creek continues northwards from Albacutya and enters the mallee heathland of the Wyperfeld National Park. The creek is enclosed by steep-sided dunes and connects a wetlands that have not been flooded since 1976. While these are the smallest lakes in the system they are still substantial, including Lake Brambuk (150 ha) Lake Brimin (96 ha).

Ten kilometres further north Outlet Creek reaches Lake Agnes, a wide grassy plain surrounded by mallee. The lake has a fringe of Red Gum and Black Box trees which, in this landscape, only occur where there is flooding. Lake Agnes was last flooded in 1918. 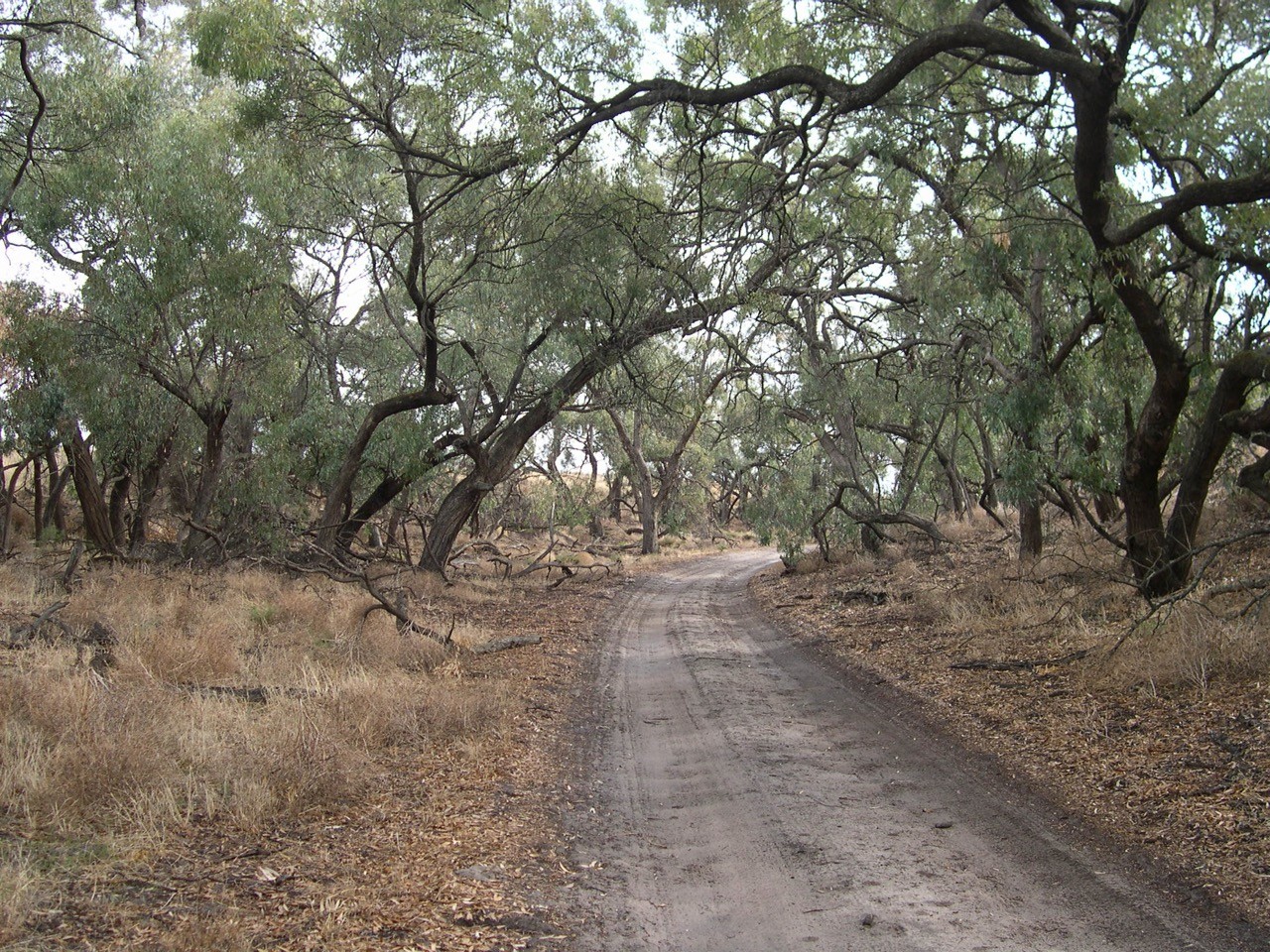 Outlet Creek, lined by Black Box and enclosed by dunes in the Big Desert.

The last lake is the most spectacular. The Wirrengren Plain is almost 5,000 ha. When you stand in the centre, the edges are a low dark fringe. In such a dry landscape it is difficult to imagine the volume of water required to fill it, or the lake teaming with fish and supporting thousands of birds. It is an important site to Indigenous people and a known meeting site for people from the Wimmera to the south and the Murray to the north.

The Wirrengren Plain was last flooded in 1874. It was flooded on three occasions in the 19th century, each lasting between 4 and 13 years. The last Red Gums to germinate there are over 140 years old. 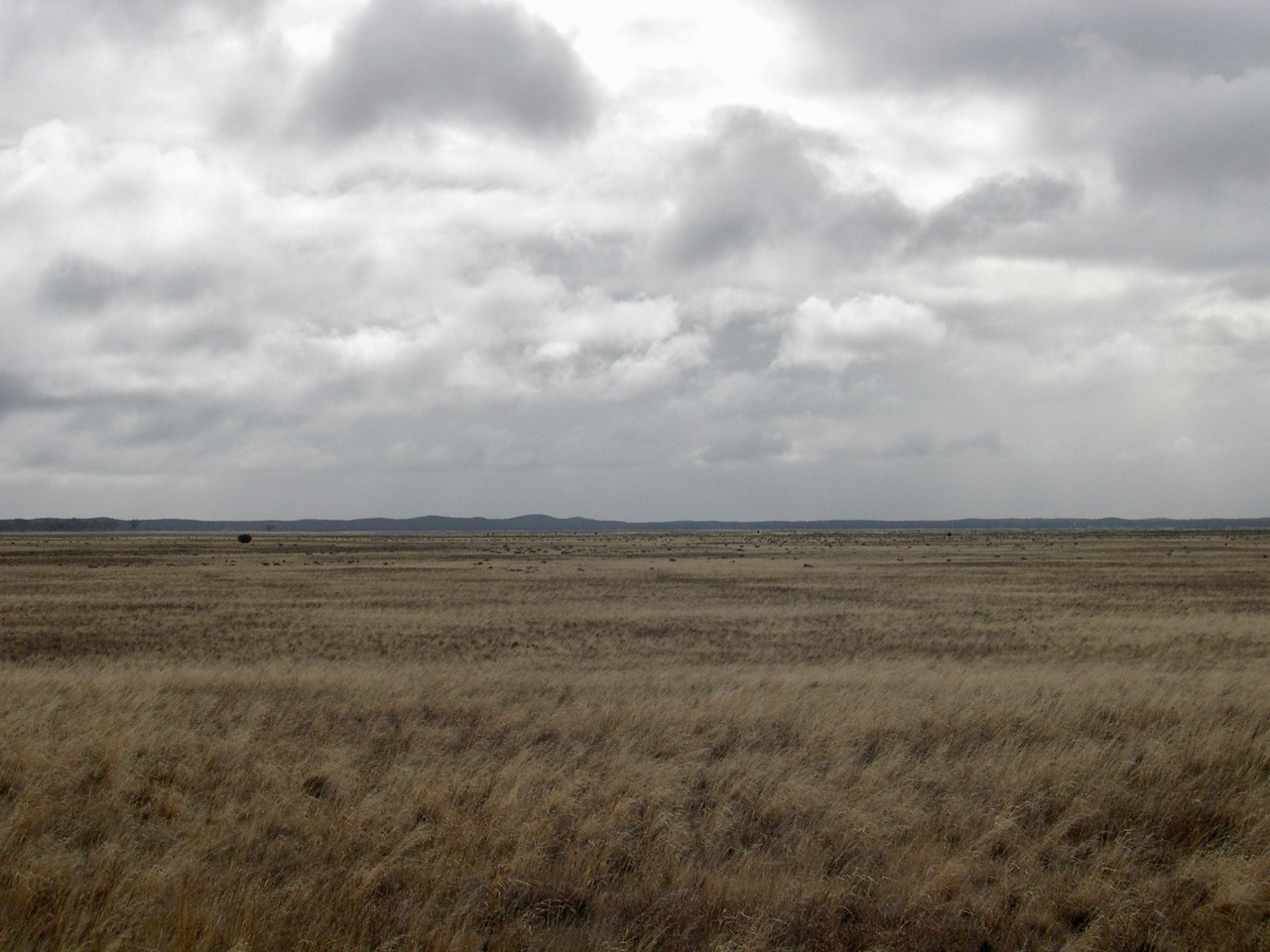 Wirrengren Plain with the mallee dunes on the opposite shore in the distance.

Water storage and use have reduced flow in the Wimmera River. But these impacts are minor compared to the enormous rainfall required to generate flow the last of the lakes. The terminal lakes raise questions about climate change, but also the very long cycles under which some ecological systems function.

This post relates to work I did for the Wimmera CMA, Mallee CMA and DELWP.

Why does the Murray Shrink Downstream of Echuca?
Scroll to top